Huawei released both Huawei P20 & P20 Pro in April 2018 which works well with the world-famous lense company – Leica for the camera, and I think The Leica Triple Camera makes it worth a try!

Back in 2014, Huawei started this cooperation with Leica. The first Huawei phone with Leica camera is Huawei P9 in 2016. And till now, they are still working together to make smartphones with the most powerful camera.

I have no doubt that Huawei’s camera is one of the best and expecting more exciting new in 2019.

(Huawei works with Leica since 2014 and will definitely bring more powerful camera set in the future!) 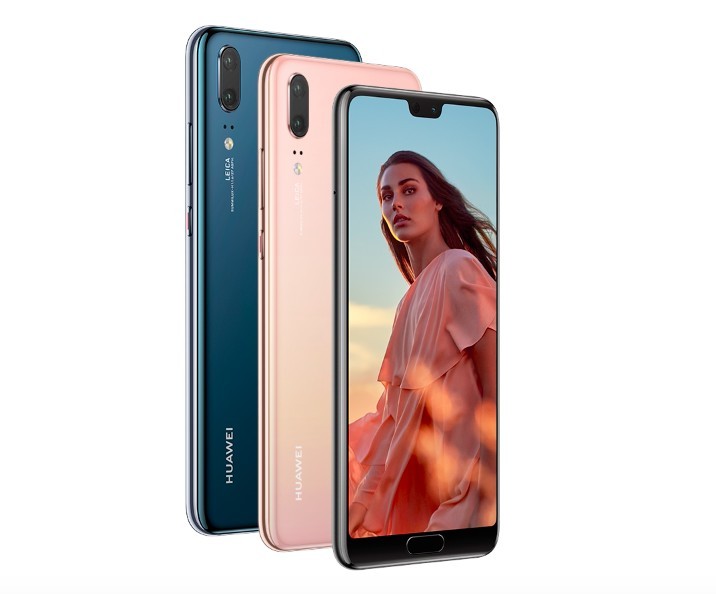 (Huawei P20 looks pretty for the back layout, and it is inspired by the light wave in the outer space.) 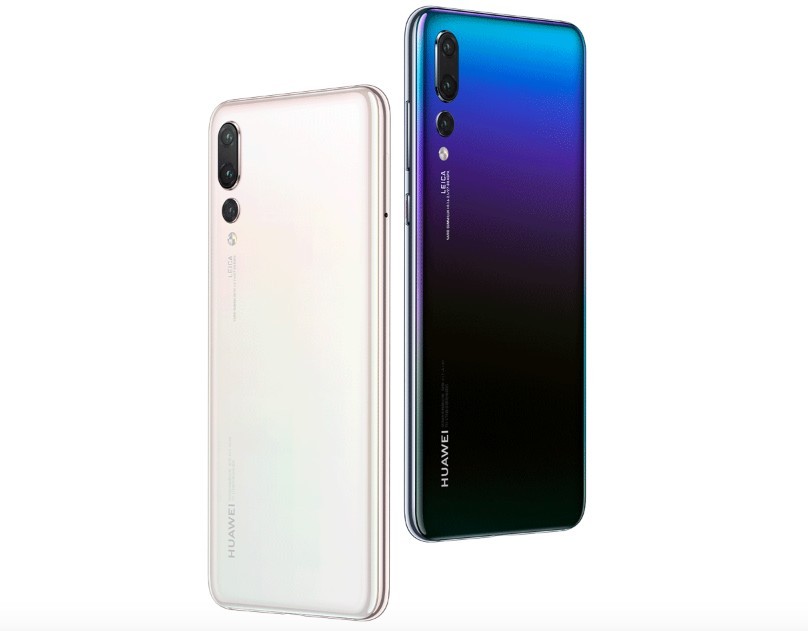 The design of Huawei P20 and P20 Pro looks old now since we are embracing the real bezel-less and notch-less phone since Samsung Galaxy S10 family and Galaxy A Series earlier this year.

It’s the last generation that Huawei flagships still have a real home button which kinda delivers a retro feels when you look at it again in 2019.

Since gradient design is very popular last year, Huawei did create their own colors. Instead of normal colors chosen from random selections, Huawei designed the back with light waves in the universe which are gorgeous.

I also notice back to earlier 2018, Huawei was already doing something to protect our us from eyestrains.

The screen has a feature called “Natural Tone Display”, and it is smart enough to adjust the color temperature. Then we could feel like read real books when we stare at the screen of Huawei P20 series.

It makes me think again for our eyes since it’s predicted that we will all go to see an eye doctor in the near future because we use smartphones too much and didn’t rest enough.

So, if any smartphone manufacturer will emphasize this point, I will definitely LOVE it!

The camera plays an important part in Huawei P20 & P20 Pro. I think many of you come to Huawei is for its super-powerful camera set that works with Leica.

So did Blablaphones. I noticed that Huawei beats other competitors in Dxomark since 2018, and it’s the same time that the whole world recognizes Huawei is becoming one of the best smartphone manufacturers.

Huawei P20 comes with a dual-camera set while Huawei P20 Pro is with the first triple camera set. This is something that everyone talks about in the smartphone industry back to Mar 2108 when it was introduced.

We all know Huawei loves to do things that no other competitors do for the specs, and I see in ISO setting of the native camera app, you could adjust ISO up to 51200 in a dark place on Huawei P20 Pro.

It reminds me of Google Pixel 3’s night sight, and the result from Huawei is not bad. Think about to record your children’s every moment, even when they are sleeping? 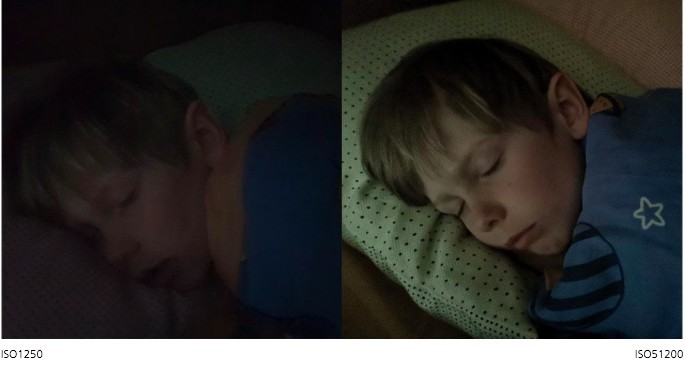 (Shooting in the dark place with Huawei P20 Pro could make it brighter like the above!)

Huawei P20 Pro gives a better zoom-in feature due to the triple camera set. You could either use 3x optical zoom, 5x hybrid zoom or 10x digital zoom.

When I think of zoom-in shots, I only use it to see something far away and I couldn’t see clearly with my naked eyes. I will use my phone to do the job for me. Either for a sign on the outside of a building or a beauty on the beach. Or you might be a paparazzi?

I cannot help but compare this with OPPO Reno’s 10x hybrid zoom-in feature. Forgive me, I know there is one year gap between these two devices, but since they are competing with each other in both China & the world.

For 5x hybrid and 10x digital zoom-in shots, it’s based on the software enhancement of Huawei P20 Pro. I feel the result is not as sharp as 3x optical zoom. And basically, I think 3x optical zoom is enough for our daily use.

It’s something we see quite often in 2019, even an entry phone also gets AI for a better result. But, I did find something special on Huawei’s AI modes, such as Text(maybe this is to replace photocopy), greenery(make it greener!), and cat & dog. I love it 🙂 🙂 🙂

Apple has the best portrait mode, so other competitors join for the same marathon. Huawei, of course!!!

When you swipe to portrait mode for both rear or front camera, you will notice that there are 6 lighting modes, too. Simply swipe left to the right, and choose the one suits you the best!

(Huawei P20 Pro got 109 scorings at DxoMark smartphone competition which is still #7 on the list!)

Since Apple is making its own super powerful A-series chipset which always tops the other brands with a huge gap. It seems like every smartphone manufacturer now needs to make their own chip too.

But, Kirin 970 has a special Neural Network Processing Unit designed specifically to be used as an AI accelerator, so its AI functions will be smarter than the other two.

For the battery part, P20 gets a 3,400mAh battery while P20 Pro comes with 4,000 mAh. Both supports 22.5W fast charging with Huawei’s SuperCharge cable and charger. Don’t forget!

Huawei ban was a giant issue in the first half of 2019, but it gets loose when both USA & China shake hands for the trade war. We are not sure the ban is officially off, and it might be turned on again once USA president tweets tomorrow.

Due to the ban, Huawei introduced their own operating system – HarmonyOS in Aug 2019. It’s the beginning of Huawei’s first try to connect all the smart devices they made 2019 onward.

Although I am still a fan of Android & iOS, I kinda expect something explicit Huawei’s HarmonyOS might bring to the whole world later on.

Let’s watch a video on this:

iPhone is the best value phone!  Even when you try to re-sell your phone in the 2nd hand market, the price remains a certain high value.

When it comes to other Android smartphone manufacturers, things didn’t go that well. For example, Samsung made a trade-in plan for its latest flagship in Aug 2019. They mention that if you have iPhone XR, Xs, or Xs MAX, you could get a USD$600 discount on Samsung Galaxy Note 10.

But, for Samsung’s previous flagships, the best we could only trade for USD$450 which approves that iPhone’s price is not depreciating like Samsung’s phones. 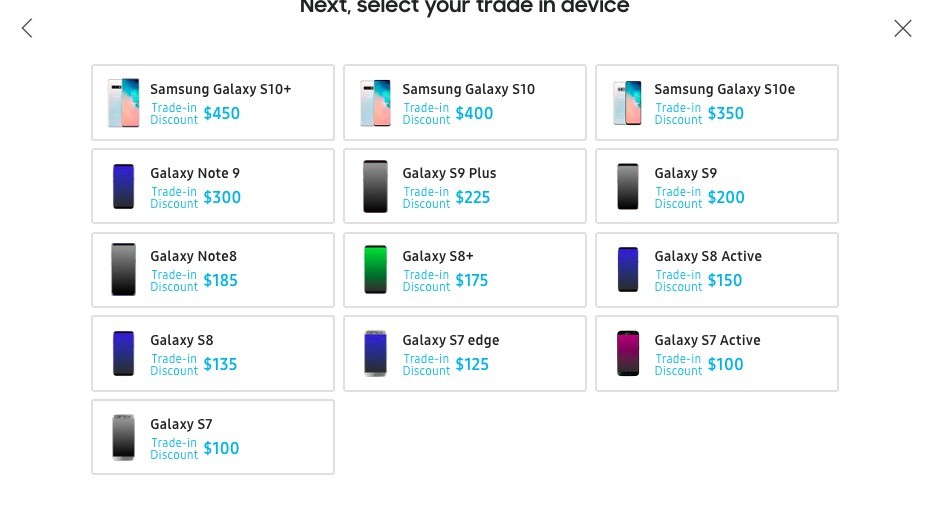 (You might trade-in your old phones for Samsung Galaxy Note 10 and get USD$450 the most while iPhone could get USD$600! Photo credit: Samsung)

For the very intuitive operating experiences on iPhones, we didn’t see that much on Huawei’s phone. Besides Android 8.1 Oreo, Huawei runs its own EMUI 8.0 on top of it.

Based on many critics from the internet and my personal true experience, it slows down the performance and adds a bit latency when I run many heavy apps.

Just hope Huawei P30 will solve all this and improve all the little things on P20 & P20 Pro. Can’t wait for the launch event in Oct 2019.

My review on The Leica Triple Camera comes to the end today, and I believe both P20 & P20 Pro still run very well for all the daily chores for you.

There are so many Pros about both P20 & P20 Pro, including camera, battery & fast charging, and the speed. When the marked price gets lower and lower in 2019, it’s time to get the best bargain now.

Another subsidiary company from Huawei called “Honor”, they also did the same experiment as Huawei. You could check the link below for their flagship which even tops P20 Pro in Dxomark smartphone competition. 🙂 🙂 🙂

I hope you enjoyed this review and if you have any questions about Huawei P20 & P20 Pro or want to leave your own personal review, leave a comment below.